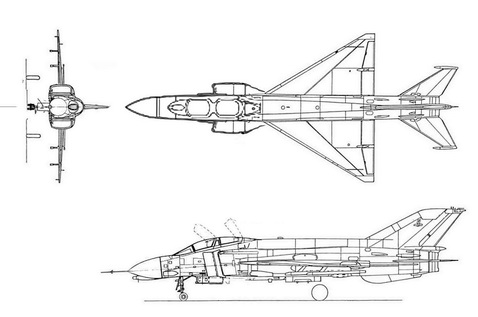 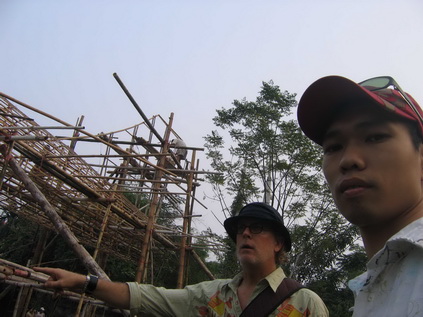 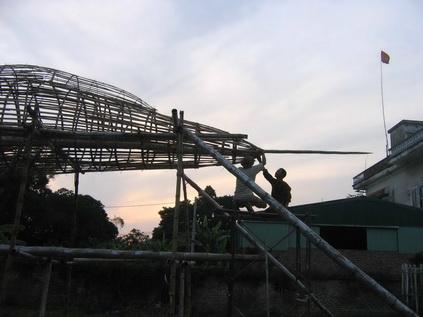 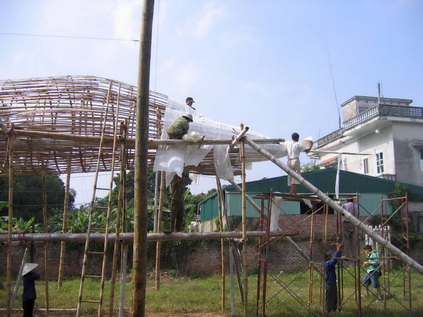 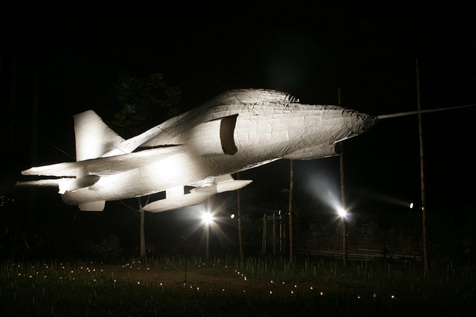 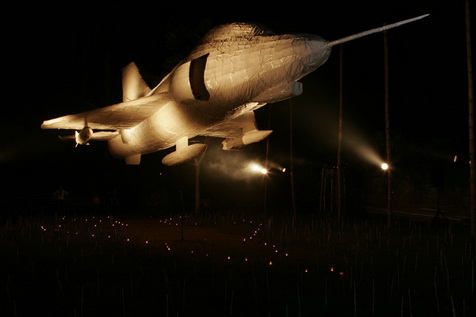 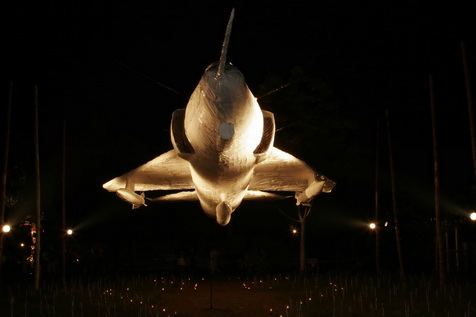 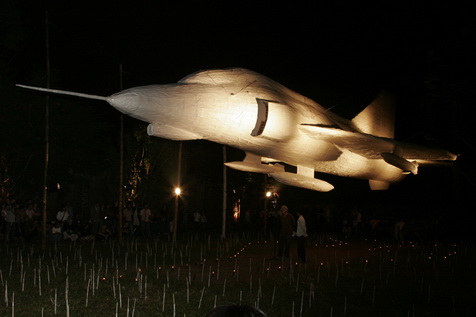 A common Vietnamese traditional funeral ritual is burning symbols of material goods so this wealth might ascend to the heavens with the deceased. These symbols are made out of paper and wood and are designed to burn easily. Depending on the status of the person who died, the models can be very elaborate and colorful or quite simple in form. Paper money is always used, as well as different sized models of houses, furniture, televisions, cars, motorbikes, etc.

My father was a jet fighter pilot (MiG 19) during the American Vietnam War. The father of a American friend and artist, Bradford Edwards, was also a helicopter and jet pilot (Phantom F-4) during 2 tours of duty at the same conflict. Our fathers flew in opposite directions – their jet streams crisscrossing – the shadows of both jets cast on these very fields.  We decided to make our own version of a fighter jet and burn it in a symbolic effort to exorcise this "instrument of destruction" from our own lives.

"Flight" was originally conceived from a vision that Bradford had over a year ago in a street cafe. He invited me to collaborate on this project and we decided to make a huge life-sized jet out of bamboo and white rice paper.  The jet was set on fire while a well-known performance Vietnamese artist, Dao Anh Khanh, danced around the flaming sculpture to original music composed by me.

This performance took place at dusk in a large field surrounded by brick walls in Gia Lam, a semi-rural area near Hanoi. This project "Flight" was free and open to the public and generously sponsored by Saigon Open City and the Ford Foundation.

There is a wider context for "Flight" than just our own personal histories.  Jets serve only one purpose – they are devastating weapons ultimately used for killing people.  We believe that by lovingly handcrafting our own jet with warm and organic materials we can render this high-tech war machine soft and harmless. Through this process, the jet is transformed into a beautifully shaped sculpture – a white bird of peace.